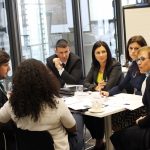 The FERMA/ Lloyd’s Professional Programme proposes to host and sponsor a development programme for talented risk managers with 3 to 5 years of experience.
Read more 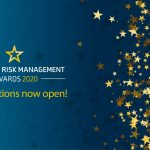 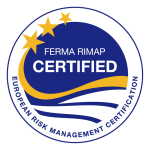 Michaël Dehert:  the challenge of a terrorist attack

Just over one year ago, on the morning of 22 March 2016, terrorists launched two attacks in Belgium: one at Brussels Airport, and one at a metro station in the centre of Brussels. It was for Michaël Dehert, Risk Manager for Brussels Airport Company, the most difficult period of his career. Although not directly involved in the security issues, he had to respond quickly and to activate the insurance approach he put in place in the previous years.

In December 2016, Michaël was the winner of the Innovative Insurance Programme Award of the year in FERMA’s Excellence in Risk Management Awards. A lawyer by training, he started out working as regional head of legal operations in a bank.  In time, looking for some new horizons he moved into internal audit, where he learned about risk management. Any sort of risk, he says, so long as it was non-financial and non-tax.

“At a certain moment, I saw a vacancy at Brussels Airport for a risk manager. I was a glider pilot instructor, so it was a one-to-one perfect match. I said this job is mine, and I have been the airport risk manager since 2010.”

On 22 March, it took Michaël more than an hour before he could arrive at work. Immediately after the attacks, the airport had been closed. “It was a physical confrontation with risks that you have been working on for years in insurance tenders, in broker tenders, describing property damage, business interruption, terrorism risks and liability risks, and they had all just occurred where we work every day.”

When starting his job at Brussels Airport, Michaël had put a new insurance approach in place. A broker tender defined the qualitative and quantitative targets. The qualitative targets included claims management, policy wordings and also their market approach. “By doing that we had an entry to the market in a very professional approach, not just saying – I want this type of policy, you get a price, you sign and it’s finished. It is really an integrated process from the business process, risk management and insurance management through the broker to the insurance company.”

On the matter of the attacks on 22 March, the insurance programme responded as Michaël had planned in terms of property damage and business interruption. The primary claim was settled end of 2016, after a very constructive cooperation between the airport as insured, the broker as intermediary, the loss adjusters and technical experts, and the single insurer, he says, adding: “You only get to know the true meaning of policy wording, (sub-) limits and coverage during the handling of such a catastrophic claim.”

To facilitate the claims of the victims, direct lines of contact were opened with the airport’s insurer for fire and explosion, and communicated through the airport’s websites, call center, and the government’s crisis centre.

Michaël states that the claims process is complex to navigate, even for a professional insured party as the airport. This due to the multitude of intervening parties (governments, insurances, violence victims’ compensation fund, …), specific regulations and the immense administration. As risk manager for the insured, Michaël strived to have the victims’ claims processed in the most efficient and humane manner. However, all insureds and victim, remain dependant on the insurance sector and public authorities to foresee an efficient claims handling process for such catastrophic risk occurrences.

Commemoration ceremonies for the victims, staff, public services and authorities took place at the airport on the first anniversary of the attacks. Victims, authorities and staff had the opportunity to attend a commemoration ceremony at the remembrance statue, “Flight in Mind” that was previously stood in the affected terminal area. It still wears the impact marks of the attacks. Together with the artist, Olivier Strebelle, the airport decided to place this statue, as it was left after the attacks, at the entrance of the airport, as a lasting memory of the events of 22 March 2016.