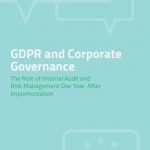 Following the Brexit votes in the UK Parliament on 14 March, Jo Willaert, President of FERMA, said: “The UK Parliament’s rejection of the proposed withdrawal agreement and then the request for an extension prolong and aggravate the uncertainty. There is frustration, and a certain fatigue about the continuing disorder and lack of clarity. ”

“This confirms the necessity for companies to have professional risk managers that have the expertise to prepare for various scenarios and support the implementation of appropriate measures to ensure business continuity whatever the post Brexit business environment.”

The comments below are based on the feedback we have received from corporate risk managers about their preparations for Brexit. Over the last months, FERMA and the UK association Airmic teamed up to inform risk professionals on Brexit related risks and mitigation strategies. FERMA interviewed 5 European risk managers (3 are already published: Airbus, Solvay, IPSEN, and two are on the way).

All agreed that a comprehensive understanding of the threats arising from Brexit is necessary before implementing mitigation solutions. It usually took the form of a multidisciplinary approach (HR, legal, industrial, finance, supply chain, quality control, supply chain specialist) to fully understand the business unit risk exposure to Brexit (such as tariffs, supply chain friction and regulation). All risk management teams involved had to interface very closely with other departments to coordinate these actions.

Depending on their business model and reliance on the UK, some companies started very early, just a few months after the leave vote in 2016. Most preparations are on the assumption of a hard Brexit, especially for critical sectors like healthcare, where continuity of medical supplies to patients is at stake, both in the UK and the EU. Others started later, using their annual risk mapping activities and a continuous monitoring of the negotiations.

All suppliers were sent a detailed checklist, notably for critical devices made in UK or heavily dependent on the UK. These checklists touched upon the most sensitive consequences of a no-deal Brexit, such as the impact on price, level of stocks, customs delays.

Among the discussed measures, the following are the most frequent and all have already involved significant costs:

At the end of the day, Brexit is a political risk among others

From an aggregated group level perspective, Brexit risk is medium-low as a result of the diversity of companies’risk profile. Diversification and adaptability are precious assets in an unpredictable environment