On 20 June, FERMA has released proposed guidelines for captive (re)insurance arrangements in order to ensure a consistent implementation of the OECD recommendations on Base Erosion and Profit Shifting (BEPS). 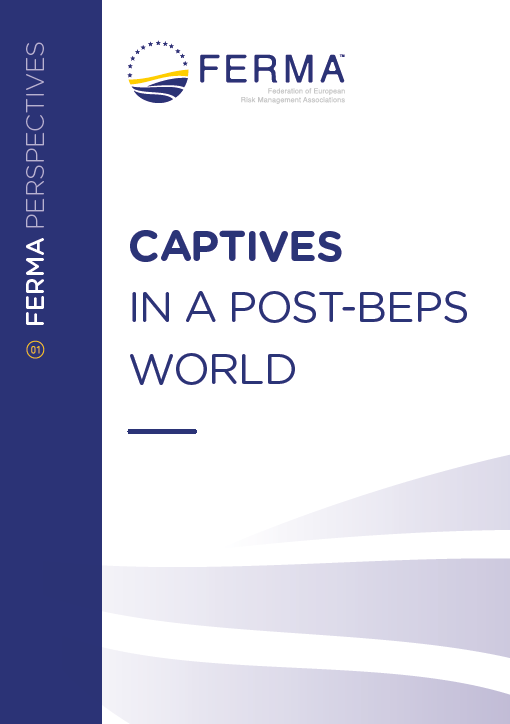 The guidelines are meant to support national administrations when transposing BEPS actions into their national laws. They cover three areas which raised certain questions of interpretation by the OECD members during the implementation stage of the BEPS actions published in 2015: commercial rationale, substance and governance, and transfer pricing – premium setting process.

FERMA’s aim in publishing this information report is to allow OECD members to assess, in a consistent manner, the compliance of captive (re)insurance arrangements with the BEPS recommendations. The report draws on contributions from all its 22 member associations. It explains the concept of captive (re)insurance companies, and for the first time, presents compiled data on premiums, profitability and taxation levels from a sample of 462 captives owned by European resident multinational companies.

The President of FERMA Jo Willaert says, “The objective of such guidelines is mainly to avoid creating a patchwork of diverging national legislations inspired by BEPS. Captives serve an important Enterprise Risk Management role with true business purposes for European businesses and other organisations. Although captives are only a very small portion of BEPS, FERMA believes that national authorities should be guided in how to assess captive arrangements according to BEPS recommendations.”

“Our document demonstrates that the main financial ratios of the captive insurance industry are in line with the traditional insurance market,” Carl Leeman, leader of the captive project group and a FERMA Board member, stresses. “The paper, enriched and approved by our 22 national associations, represents a strong consensus within the European risk management community on how captives are supporting the operations of their parent organisations.”

This report is the first of its type. Although its data comes from European companies, it has global application because the BEPS recommendations are being adopted by many jurisdictions around the world. FERMA, therefore, presented the report to the International Federation of Insurance and Risk Management Associations (IFRIMA).

FERMA also discussed the paper in early June with the tax department of the OECD in the context of the upcoming Public Discussion Draft on Financial Transactions and Transfer Pricing expected this summer.